Sometimes it feels like all I´m doing is making good work places. I hardly ever do any art work.

The ceramic studio is on a break. Now I do the sewing and silver smithing studio.

This is what the studio looked like when we just moved in. As you can se there´s no rail or anything to protect you from falling down the stairs. Kind of scary. Also I had to put my big workbench somewhere, and after trying to put it under the angled celing I realised I was not going to be able to stand straight to work. So I got an idea. Lets make a wall next to the stairs, that way no one will fall down, and I will have a good spot for the workbench.

Back to the lumberyard for more lumber and plaster boards. I did call my dad so he could come and help me getting started. 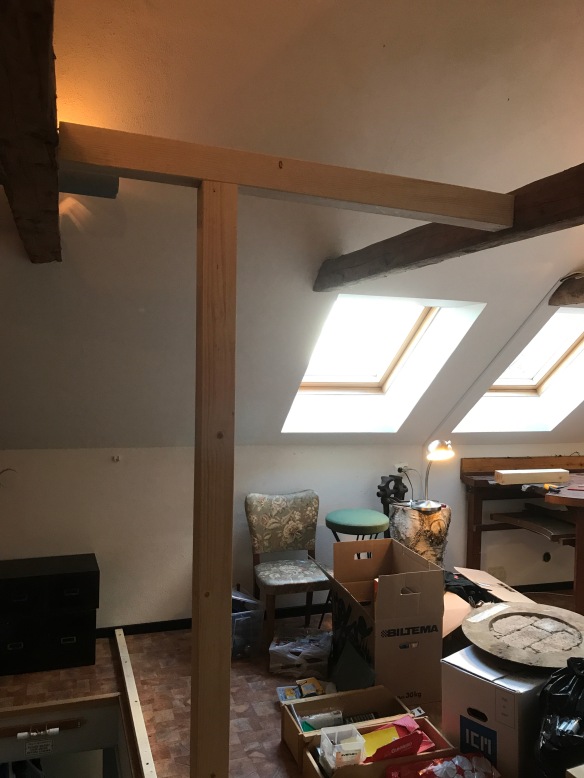 This is how far we got when my dad helped me. Now I´m on my own again. 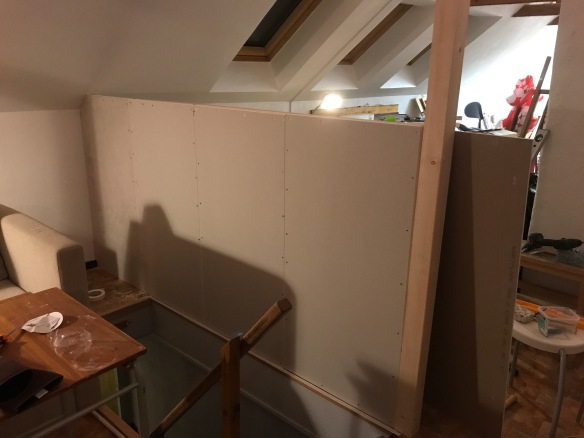 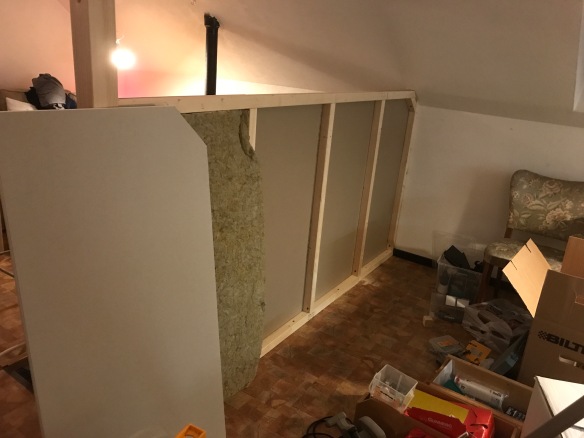 Other side, insulation and more plaster boards. Doing the small ones again.

Painted once. And i also put oil stain on the big stud to make i match the lumber in the ceiling.

Admiring my work from the pull out sofa I thought it might be nice with some wallpaper. I´ve had my eyes on one for a while now, wich I would like to put in all the hallways in the house. That´s an upcoming project, and I would really like to see that beautiful wallpaper on a wall now. I placed an order, and two days later the wallpaper arrived and I got it up there the same day after work. 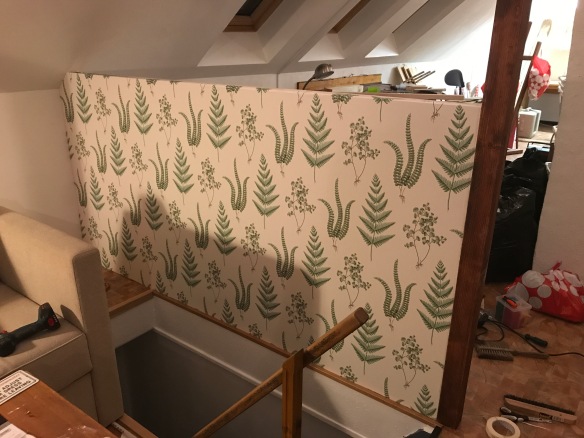 Of course, there are ferns.

The work bench has found a good place, and hopefully no one will fall down the stairs.

Let food be your medicine

\ˈprä-JECT-oh-fahyl\ (noun) 1. A lover of projects, especially those derived from scavenged materials and made more beautiful through paint, thread and sandpaper.

Swedish Crossfit master making the best out of his life :)

A place where color and shape run wild

My life - my happiness